When should you slow play a huge hand? 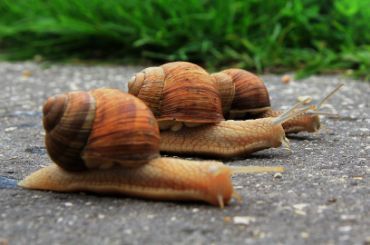 There are no absolutes in poker, and I'm a big advocate of playing your strong hands fast to maximize the value from them, but there are times where playing a hand slow can be the best approach.

Today, we're going to look to identify the situations where slow playing a big hand can make more money than playing it fast, as well as a spot or two where playing your hand slow is the only correct play.

Let's dive right in and look at some

Middle and late position hands can still have a lot of value hands which can have tons of equity on a wet flop like this.  They will also have all their overpairs and all of their flush draws in their range, so on a wet board like this, we want to do our best to start getting as much money in the middle as possible.  There are more than enough hands in our opponents range which can call a check raise in this position, so we want to get max value from their value range.

Additionally, there are lots of turn cards which will ruin our action so we want to be playing this flop fast.  Any 6 or 7 is terrible for our hand, as well as any spade.  If any of these cards come off, they will allow our opponent to check back on the turn when they're behind, and bet strong when they're ahead.

For these reasons, hands like low sets should be played very aggressively on wet flops like this.  I'd like to see Hero check-raise to about $44 in this spot.

There are three important distinctions between this spot vs our last example.

1. This a super dry board.  Villain won't have a flush draw, and this isn't going to connect well with most of the cutoff's range.  The huge change in board texture (for the better) means we don't need to protect our equity nearly as much as on a wet board.

2. Our opponent made a large (almost pot sized) bet on the flop.  More often than not, a large bet on the flop is somewhat polarizing and is reflective of hands like top pair, over pairs, and hands with lots of backdoor equity.  Against a range like this, we shouldn't be check raising very often.  There's fewer of his value hands that can call a check raise, and if he's bluffing we don't want him to give up on the hand to our check raise.

3. Our hand can become weak quickly.  Bottom two pair is always a candidate for getting counterfeited, or having our opponent hit his second pair or even a set.

For these reasons, we want to keep our hand strength quiet and hope that our opponent will make larger mistakes on later streets that he probably won't make if we play our hand faster.

Let's say for a second that our opponent has AA on this flop.  Given his large bet size on the flop, it's likely he will continue to make large bets on both the turn and the river.  If we check raise here, aces will for sure call on the flop.  Most people with aces here will also call a bet on the turn, but some will find a fold.  This also makes us shoving the river a more likely spot for him to fold since we have shown strength in the hand right from the flop.

To summarize, most players with larger overpairs will fire three streets without our help, and they'll do it from a position where they feel like they're in control of the hand, as opposed to them calling on three streets and feeling like they may not have the best hand.

Understanding WHY people make their decisions should always be a part of your learning at the poker table.  Thinking about what goes through your opponents mind not just in the moment, but on future streets, will have you on the path to being a winning poker player.