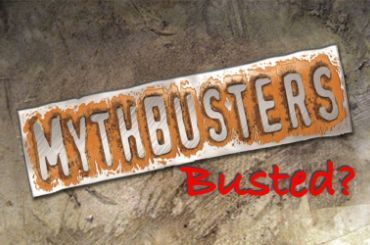 In the age of Twitter, everyone has an opinion, and they're always right.  The poker table is no different.

When you consider the fact that only a tiny percentage of people are actually winning players in the long run, that seems to not make much sense.

Today, we're going to look at my favorite (and by that I mean least favorite) myths that you'll hear people say when they talk about tournament strategy.

You need a big stack to be aggressive

Why people tend to think that you need a big stack to put pressure on other people is simply beyond me.  People look at the big stack on the table, and kinda give that player the "Table Captain" title.  It's ridiculous, and it's costing you money if you also think that way.

First thing to remember, is that every hand is a brand new puzzle to itself.  You really can't set a game plan in advance, and expect it to apply to each individual hand.  Simply put, each hand you get dealt two cards.  You try to play it the best you can.  Repeat again and again.  That, is a poker session.

As each hand unfolds, you need to put the pieces of the puzzle together.  Stack size is absolutely one of the pieces, but where people make a mistake is taking a more binary approach of big stack = aggressive, and small stack = tight.

There are times where playing loose on a short stack is the correct play.  There are also times where letting your cards dictate how you play your big stack, as opposed to playing the moment is more important.

Let's start with a quiz.

You're near the bubble of a tournament, and you have about 20 big blinds.  There's a big stack acting after you, and he's been in almost every hand.

While you're contemplating that, also consider this scenario:

It's day 2 of the WSOP main event.  You have a huge stack (nicely done) and you get moved to a table with Phil Ivey and Fedor Holz on your left and they have less chips than you.

A) Be the "Table Captain" because of your big stack
B) Play solid, and try to avoid tough situations against a better player

In both of these examples, option "B" is the better one, and is the opposite of some of the traditional thinking.

I'm not saying don't have a wider range with a big stack, or a tighter range with a small stack at all, but the most important takeaway that you must always decided based on who you're playing, and what the situation of THAT HAND is.  Stack size is but one factor in your decision making process, not a map on how you should be playing overall.

Imagine this scenario, which I saw happen live at a Casino Rama tournament last year.

At the final table, there are 7 people remaining.  One player has a massive chip stack, and the blinds are high enough that the average stack is 12 big blinds because of how high the blinds are.  Three of the people at the table have 3 blind stacks.  The chipleader has been playing almost every hand, and opens UTG to 3x.  UTG +2 shoves for her last 10 big blinds with [5C][5D].  They table their hands, and she loses a flip to[AS][Th] busting in 7th place.

Everyone else at the table seemed to agree with her, and to be honest, I was laughing at them all in my head.  Before the hand started, she was in second or third place and was all but assured a pay jump.  Her most important job in that spot was play very tight to let the shortest stacks bust first, and secure a higher payout.  But no....she decided to think like the 99% of players who don't win in the long run.

As a rule of thumb, when you're short stacked (less than 15 big blinds) and you're not holding a monster hand, but holding one where you're thinking about a shove, you should be looking for two things:

Here's an example of what I mean.

Now, this is a spot where if you shove, you know for a fact that you're going to get called at least once.  And, you're usually going to be in a coin flip.  However, with all the dead money in the pot, and an opportunity to triple up with what is likely to be 50%+ equity, this is a perfect spot to go with your small pair.  That said, is Middle position raises to 2.5bb and nobody else calls, you should consider your options to be call and reassess on the flop, or just fold.

I played to win

This is like my biggest pet peeve ever.  You see it in TV interviews all the time where some pro says "Hey, I played the hand to win".

It's nauseating how often you see people torch off big stacks in the mid stages of a tournament on a stupid hand and say "I had to play for the win".

"You can't win a tournament on day one, but you can lose it"

Ding!  You can't win the WSOP Main Event, but you sure can find the rail.  Besides, it's not your job t bust every player...just the one who finishes in second place.

Your only job during a tournament is to play strong, solid poker and make adjustments against the people at your table as more information becomes available to you.

This is a spot where some people like to bluff shove, usually based on a "read" that their opponent wasn't that strong.  But hey, they're "playing for the win".

OK, back to logic and reason.  By the time you get to the final table, the blinds should be around 20K-40K.

Now, at decision time in this hand, consider the fact that the 30,000 in the middle will be less than one big blind at the final table.

What I'm getting at, is you don't need to win this pot to win the tournament.  But, if your bluff gets looked up, you're out.