Five Tips For Staying Focused At The Table 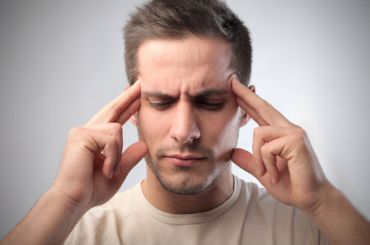 For all the articles I've written, this is one that I feel the strongest about.  If there's no other tip you ever take from me, take today's.

I think giving your poker game your undivided attention while you're at the table is the most important piece of advice anyone can take, and it's also one that everyone can implement easily.

I'll be using tournaments for most of the examples in this post, but they also apply to cash game players as well.

Tip 1: Put Your Phone Away

If you're anything like, oh, say, everyone else in the world (and you are) - the biggest distraction in your life is your phone.  A phone is like cancer to trying to focus on one specific task.

So, as yourself if you are constantly checking or playing with your phone at the poker table.  I'll lay 100-1 that the answer is yes, and then quit playing poker after you all pay me off.

Have you noticed that when people get deep in tournaments, they tend to put their phones away?  This is very telling.  When you're deep in a tournament, people focus more and this tells me that people know that there's value in focusing their attention on the game.  The irony, is if these same people would put their phones away earlier in the tournament they'd make it to the later stages far more often than they do.

We're programmed to reach for our phones.  Most of us do it as the first thing we do after we wake up.

Try this one day, and I bet you'll thank me.  For the first hour of the day, every day, don't look at your phone.  Twitter trolls will still be there at 9:30.  Your friends vacation pics on Facebook aren't going anywhere.  The world won't end if you take a 60 minute break from your phone to start your day.

When you're playing, put your phone on airplane mode, or just turn it off altogether.  It's not your fault that you check your phone all the time.  Your brain does itself with dopamine when you get notifications, so you're already fighting an uphill battle.

To keep yourself from getting bored, spend your time trying to figure out the ranges of the players in a hand you're not in.  Pay close attention to your opponents hands at showdown, and walk back through the hand in your mind to get a better sense of how they played it.

So, just put the phone down.  It's a simple equation: Less Phone = More Money.

If you enjoy listening to music, it's been proven to help with mental focus.  For some people, it helps keep them "in the zone", and for others it can just be something to listen to instead of staring off at nothing.

Music is also a huge help in the early days of starting to break the habit of repeatedly checking your phone.

Personally, I like to listen to classical music at the table.  But that's just me.

Tip 3: Take A Break On A Break

In a live tournament, you get a break every two hours or so.  Use them.  Get up from the table.  Walk around.  Get the blood moving through your body.  Your body needs this to stay focused for the next two hours.

Oh, and if you're on a break, go ahead and check your phone.  Tweet, Like, Share your ass off for 20 minutes.  Get it out of your system so you can spend the next two hours of play focusing on what's most important in the moment.

Tip 4: Save Your Energy

This is more for large field multi-day tournaments.  They're exhausting.  If you're putting in 100% of your energy on focusing on the game, it'll be hard to make it 3-4 days without burning out.

There's an argument to be made here, that playing a very A-B-C strategy on day one to save energy for later days in the tournament.  I don't totally disagree with it, but like with everything in poker, it should be done in a measured way.

If you're playing a one day tournament, keep your A game strong and focus.  Unconditionally.

Have you ever heard the phrase "deliberate practice"?  Essentially, it's a way of learning that helps you retain more of the information at hand.  Practicing with focus is one of the most important parts of deliberate practice.

When you've got a few minutes, I highly recommend reading this article on Observer.com which talks about just that.

Now, I'm curious....did you read this whole post without checking your phone?  :)