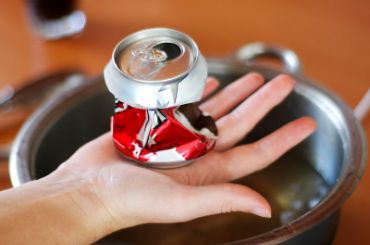 When you're playing against passive players, it's far more simple than many people think to get full value against this type of player because they follow a really basic trends  They don't bet much.  Bring on our aggression....

Today, we'll talk about how to use agression against passive opponents, and one particular play that a lot of passive players make.

When you're playing live poker, a fundamental skill you must have is playing properly against people who limp preflop.  Why is it so important?  Because in live poker, LOTS of peope limp preflop.

As a general rule, players that limp preflop tend to be recreational players.  But, that doesn't mean that we should go barrelling any two cards all the time.  A successfull boxer wouldn't just go throwing wild punches at an amateur opponent, would he?  Of course not.  What he woud do, is pick his spots and go for the knockout blow when his chin was wide open.

I'm liking my boxing metaphor.  Let's keep using it.  The successfull boxer also wouldn't let his guard down, just because he's up against an amateur.

As the better poker player, your advantage is in knowing when to keep your guard up, and when to get maximum value from your opponents mistakes.

We don't know when a passive player limps that he HAS to have a weak range of hands.  Lots of passive players will limp [Qx] [Qx]or better, as well as [Ax][Kx].  Some only limp their low poket pairs, and some only their suited connectors.

Another key piece of information, is how often your opponent will fold to a raise after limping.  If he folds often to raises, you can widen your raising range and take advange of all that preflop fold equity he's giving you, and this allows you to turn a profit with a much broader range of holdings.

Here are the seven rules for succcess in raising against people who limp too much:

When do you also limp?

Limping behind a limp is almost never the correct play in theory, but there are also places where it makes sense to do.  You'll get lots of hands which aren't quite strong enough to raise, but are too good to fold.  These "iffy" hands are the ones you want to over-limp with.

An exception to this, is when in the small blind.  The pot odds are usually far too good in the small blind not to take off a flop.  It's hard to fold a marginal hand for half of a blind when you're getting 5 or 6-1.

Strategy in multiway limped pots is critical in casual games, because the situation comes up so often.  In lower stakes games, almost every pot can be multiway to the flop in an unraised pot, so you need to be sure your strategy is effective.

The optimal way to play multiway limped pots is a tight and passive approach.  Yawn.  I'm already bored.  But this is where we are going to get maximum value by making larger than normal value bets and rarely bluffing.

Playing a passive table is actully a pretty relaxing way to play poker.  You don't tend to get into a lot of tough spots, and the approach is fairly basic.  With that said, always maintain discipline and don't start splashing around too much just because you view your opponents as weaker players.