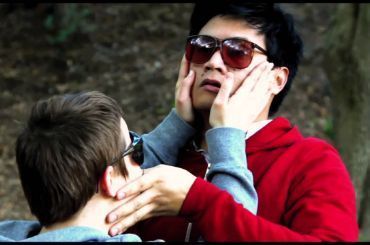 Lots of poker players don't give much thought to blind vs blind play because they think it doesn't happen all that often.  However...it happens more than you may think.

Today, let's look at some tips for playing better in these spots but deciding which hands to play, and the impacts of how you play them.

But before we get to some examples, let's talk about the pre-flop chop option.  If you're playing a low stakes game, you're probably better off to just skip the hand and agreeing to take your blinds back.  Chopping the pot avoids paying the rake, and saves you money in the long run.  However, if you're playing a higher stakes game where the rake relative to the size of the pot is less significant, you should decline the chop and play your hand.

This tip is an easy one, but you need to know what the correct range is.  There are two concepts we've discussed before (small blind opening range, and blg blind vs small blind defending range) so if you're not familiar with them yet, you've got some homework to do by studying the small blind opening chart below:

Red = Always raise.  Pink = Raise or fold, depending on your opponent.  Blue = fold.

As you can see, against a weak opponent, you're going to be raising a large percentage of the time.  But it's still a sound strategy.  With only one opponent to play against, who can have any two cards.  Additionally, most recreational players have a tendancy to fold from the BB more often than they should, so it's key to take advantage of those tendancies by opening a wide range of hands.

Now, deciding what hands to stand your ground with in the big blind, well, that's a little harder.

If we start with the assumption that the small blind has read this article, that means that you should also be defending with a wide range of hands as well.

When push comes to shove, there are three main reasons why the big blind can defend his hand with such a wide range.

1. The small blind, as we discussed, will be opening a wide range

2. You've already paid the big blind, so you're getting good pot odds to defent.

3. You'll be playing the hand in position post-flop, and will have that equity for the rest of the hand.

Becase we know that both the big and small blinds will have much wider ranges preflop in blind vs blind spots, we also have to look at the post flop implications.

First, you should be defending much wider than normal against continuation bets.  Think of your bottom pair, and ace high type hands, or hands which can greatly improve on the turn or river.  A good example of this would be hands that have a lot of backdoor equity like backdoor nut flush draws and backdoor straights.

Second, when you do flop top pair, accept the fact that you should probably see the river.  Top pair is always a reasonably strong hand, but it gets stronger in blind vs blind situations.  Keep in mind, that you should always be paying attention to board texture, because as strong as top pair is on the flop, it may not be all that strong by the river.

This is a spot, under normal circumstance, that BB should fold to an early position open.  But...this is blind vs blind, and a fold here leaves you open to get picked apart by continuation bets in these spots.

and missed a gutshot on the turn.  This is not normally a hand we would have in the range of an early position open, but it is in a blind vs blind.

Listen, this isn't meant to make you start playing like a maniac in blind vs blind situations, and certainly doesn't mean you become a calling station to the river all the time.  However, it's meant to illustrate that calling a bet with ace high, or a low pair on boards with a nice dry texture, doesn't make you a hero...it makes you a player who recognizes the subtle differences in blind vs blind situations.  And that, will make you more money.